Drama for Drought at Bishopscourt! 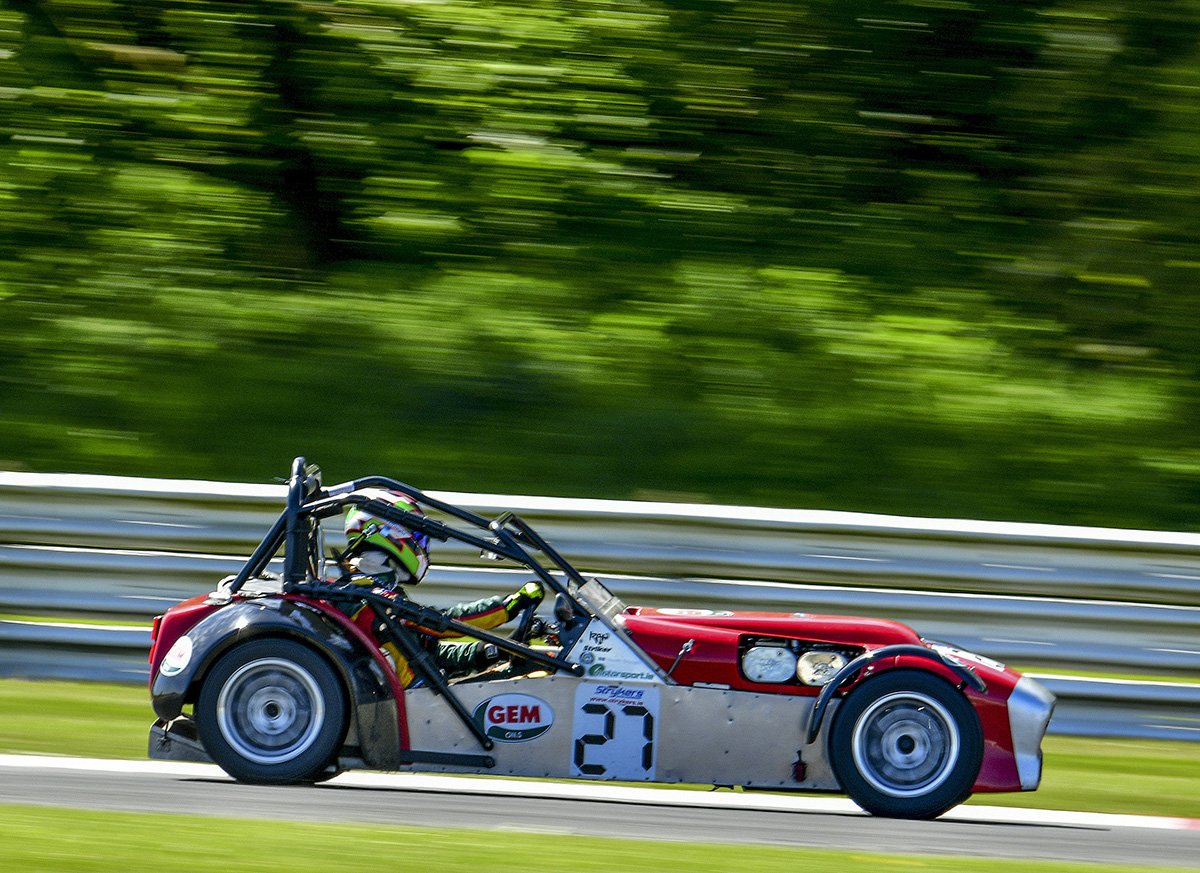 16 May Drama for Drought at Bishopscourt!

Posted at 14:19h in Motormouth, News by Nicole 0 Comments
3 Likes

Nicole Drought, headed to Bishopscourt in County Down last weekend determined to put her Stryker Championship challenge back on track. Having struggled with brake balance issues at Mondello last month, she was keen to challenge for the win at the circuit she starred at in 2018.

Fate was not smiling on the Gem Oils backed driver, however, as the engine let go just three laps into her first practise session. A fellow competitor kindly offered the use of his spare engine, however and many others helped the team to swap the units. Having missed qualifying, the officials agreed to allow Nicole to start from the back of the grid, but tragedy was to strike once again, as the car developed a misfire on the warm up lap, meaning she couldn’t take the start, Trojan work from the team traced the problem to a broken wire, this was replaced and Nicole lined up last for the final race for the weekend.

In typical fashion, she scythed her way through the pack and as they started the final lap had caught the two car battle for fourth place. Having outbraked both cars down the outside into the hairpin to take the place, Nicole over committed at the following chicane and unfortunately spun out. By the time she rejoined the circuit, most of the cars had got back past and she crossed the line ninth. The job was done, however and she is back on the pace ahead of the next two rounds at Mondello Park on June 8/9

Nicole also leads Class 1A of the Coffee Perfection Endurance Championship, having won both of the opening rounds in a Nissan Micra. She also recently drove in the Formula Female One Lap Challenge at Mondello Park, where she challenged the nation’s top female sports stars to take her on in a 400bhp BMW M2 Competition. This will be broadcast by Off The Ball and Eir sports in the coming months.

Nicole Drought: “Not the weekend I was expecting to be honest! These things happen though, and I would like to thank Peter Auerbach, Andy D’Alton and everyone else who helped to get me back out there. Race two was so much fun- I really love this track. The spin was totally my fault and I’m gutted- but we have great pace- roll on the next Mondello meeting!”