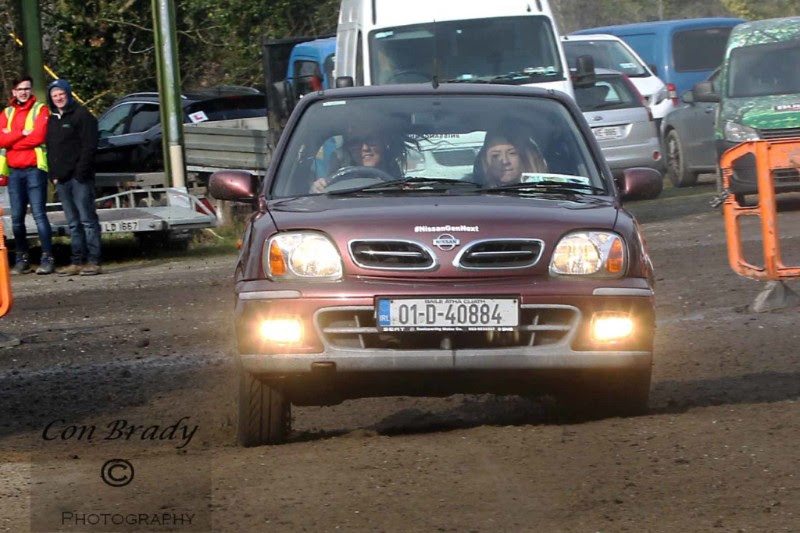 Nicole Drought made her Endurance Trial debut at the ALMC Spring Endurance event last Saturday and despite having no previous experience, managed to take an impressive win in Class A.
The ALMC event is hugely popular one and as Nicole is a Generation Next Ambassador for Nissan Ireland, she decided to enter the event in a Nissan. She bought a 2001 Micra 1.0 for the princely sum of €50, and with the help of her father and grandfather, serviced and prepped the car for the event. Nicole recruited friend and fellow novice Ruth Nugent to sit alongside to navigate.
Despite having no experience of this type of events, the pair were on the pace from the word go, initially running second before taking the class lead before the lunch break. Inexperience showed though, when they received a penalty for missing a stop box, dropping them to second but they regained the lead on the second leg of the event and held on for an impressive victory, the gap to their closest challenger exactly a minute after 8 hours of Selectives.

“I’m delighted. That was so much fun. Initially, we just decided to do it for fun as part of my Nissan Generation Next Ambassadorship, but I knew from the start that we had a chance. The little Micra was magic- never missed a beat all day. I think we might just have to come back and do a few more of these events!”

Nicole’s 2001 Micra could be worth up to €5,500 at your local Nissan dealer, with their scrappage deal, which ends on March 31st!