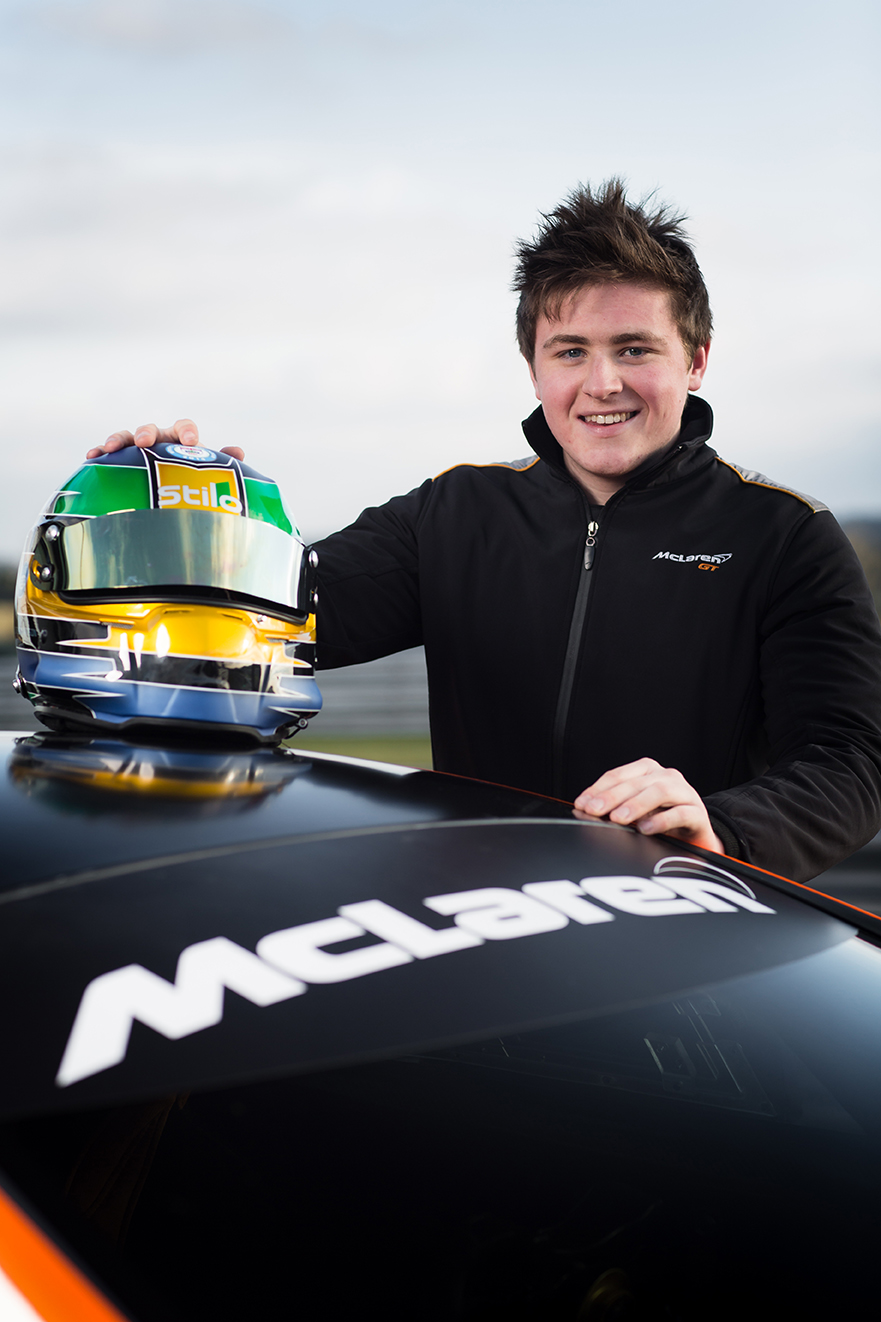 Trinity Dublin College student Andrew Watson begins his quest for honours in the 2015 British GT Championship at Oulton Park in Cheshire on Easter Monday (6 Apr). The 20-year-old who is studying Economics will race a McLaren 650S GT3 sportscar with Ross Wylie (Scotland) in the seven-event series.

Watson, who has previously raced in various Ginetta sportscar championships since 2011, is an official McLaren GT “Young Driver” and lines-up for Von Ryan Racing around the picturesque 2.692-mile Oulton track. British Racing Drivers’ Club “Rising Star” Watson has previously enjoyed good fortune at Oulton Park. In 2014, he scored two top-six finishes plus set a fastest race lap there on his way to finishing fourth in the Ginetta SuperCup Championship.

It will be the first time Watson and co-driver Wylie have raced a GT3 sportscar and indeed the first time Andrew has ever “shared” a car in a motor race. Oulton also marks the first races for the McLaren 650S GT3 in the UK. A quality field of 34-cars is expected to contest the two races which signals the start of the nine race, seven event BGT season which culminates at Donington Park in September.

“I would love to achieve a top-five result in either of the Oulton Park races but it’s very difficult to predict the outcome of the first races taking into account it’s my first-ever GT3 race. Additionally Ross and I have both been graded ‘silver’ level drivers by the organisers meaning we incur a weight penalty making it an even bigger challenge.

“The McLaren 650S GT3 is already good but obviously we are continually working on improving it. Having the engineering know-how of McLaren GT and the Von Ryan Racing team behind us is brilliant. We’ll have tested at Snetterton, Rockingham, Silverstone, Oulton and Brands Hatch. Every lap I spend in the car I’m learning and I’ve already got a good relationship with my co-driver Ross [Wylie]. I’ve previously recorded podiums at Oulton. It’s bumpy and very tight, especially for our big GT3 cars. My family are heading over from Co. Tyrone for the weekend which will be great. It’s going to be a fun weekend.”