Is F1 selling its soul?- with David Hall

28 Mar Is F1 selling its soul?- with David Hall

Last week, Hockenheim boss Georg Seiler said the circuit would not be hosting this season’s German Grand Prix due to the short turnaround to sell tickets. Hockenheim hadn’t been scheduled to host the race this year, in keeping with the alternating arrangement it had with Nürburgring. A change of ownership at the latter seems to have undone that and now, for 2015, there will be no German GP on the Formula 1 Calendar.

“We wanted to represent the German Grand Prix in Hockenheim despite the fact that we had not been committed to that. The moment to organise a race here has passed, otherwise the quality of the event would have suffered.”

The decision was made not to host the race because the lack of time would leave them unable to match last season’s 75,000 attendance, which itself was low. Crowds have been in decline since Schumacher’s second retirement, even with a dominant Mercedes, a 4 time Champion, in Sebastian Vettel, and a Championship contender in Nico Rosberg.

In the era of Schumacher dominance, it would have been unthinkable to suggest Germany would not host a Formula 1 race, yet here we are. The answer to why one of the stalwarts of the Formula 1 Calendar has fallen away may lie in the sport’s approach money and to fans. It contrasts starkly to how other sports in Germany approach the matter.

Bayern Munich president Uli Hoeness once accused Premier League clubs of ‘milking their fans like cows’ in charging high prices for season tickets. When defending his club’s decision to maintain low ticket prices, Hoeness said: “We could charge more than €130. Let’s say we charged €380. We’d get €2.5m more in income, but what’s €2.5m to us? In a transfer discussion you argue about the sum for five minutes. But the difference between €130 and €380 is huge for the fans. We do not think fans are like cows, who you milk. Football has got to be for everybody. That’s the biggest difference between us and England.”

Yes, it was a dig at the Premier League, but Hoeness could have copy and pasted his quotes and sent them on to Bernie.

Adult Season Tickets @ Bayern Munich are available from €130.
Adult Season Tickets @ Borussia Dortmund are available from €378.
Grandstand Weekend Tickets for last season’s German GP were from €177 to €550
There are also plenty of motorsport options that will gladly take fans away from Formula 1.
Here are ticket prices from Hockenheim (DTM) and Le Mans:

Formula e will arrive in London City on the 27th/28th of June.
They have a weekend in Berlin on the 23rd May.
Maybe Germans who missed a GP this year can get a speed fix there.

To quote fiaformulae.com:
The Berlin ePrix takes place on May 23 2015 and forms the eighth round of the inaugural Formula E season, and the second to take place in Europe. The 2.469km anti-clockwise layout has been designed by Rodrigo Nunes within the ‘Apron’ section of the former Tempelhof Airport, located just a short distance from Berlin city-centre.
Bronze. Standing Tickets: €8 – €10
Silver. Seated Tickets: €25 – €30
Gold. Seated Tickets: €45.

Formula 1 is pricing its fans out of the sport. With massive hosting fees now being demanded for the Formula 1 show to arrive, the circuits have little choice but to increase ticket prices, as it is their only way to recoup the cost. It may work for tracks like Silverstone, where Premier League teams have a similar approach to ticket prices but it’s disastrous for Hockenheim where the cost of Formula 1 has far surpassed the cost of other top level sports available to fans. A season ticket for one of the best teams in World Football or a weekend visit to Grand Prix? Even if you needed a fuel injected adrenalin rush for entertainment, why go to Hockenheim when you could use the money to see both a DTM race weekend and the 24 Hour of Le Mans for the same price, or even go to a Formula E weekend, in your city, from €8 – €10 for standing?

Formula 1 has expanded beyond its European roots. Indeed it’s a core that is now under threat. European tracks don’t have the Government backing to pay the fees for hosting Formula 1 and for the money men it is more attractive to host the races somewhere that sees the races as a means to showcase the country.

Bahrain and Abu Dhabi could become the rule. What then for historic tracks like Spa and Monza? Monza is already at risk if it doesn’t agree to increased hosting fees. Bernie has indicated as much. Failure to do so would see the race gone from the calendar after 2016. If losing the German GP seemed unthinkable then the threat to Monza is a threat to deprive the religious of their pilgrimage. Surely such an attack would be to strike a blow to the Tifosi. This church, this Cathedral of Speed. It is the most emotive of scenes – A Ferrari on the podium at Monza. 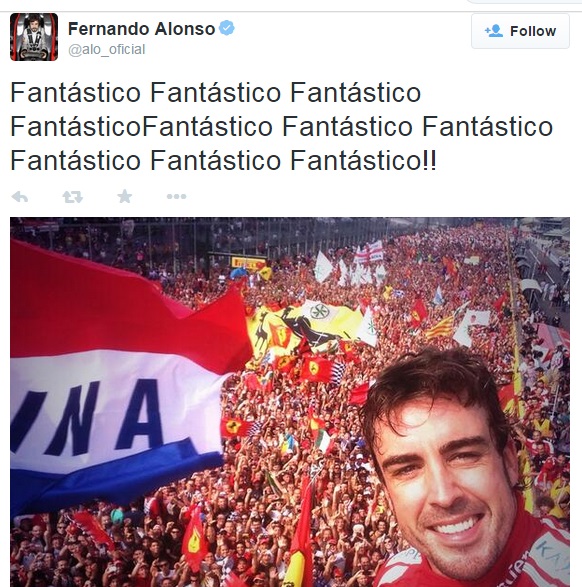 Formula 1’s most famous selfie. September 2013. Alonso on the podium. Behind him a sea of red and yellow. If Monaco is the Jewel in the Crown, then Monza was the very heart of the King. There is no price that can be put on this. Lose Monza and Formula 1 may complete the very selling of its soul. 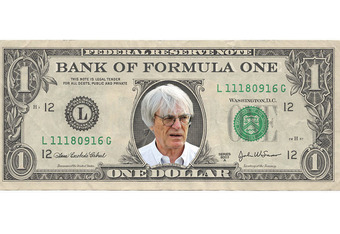