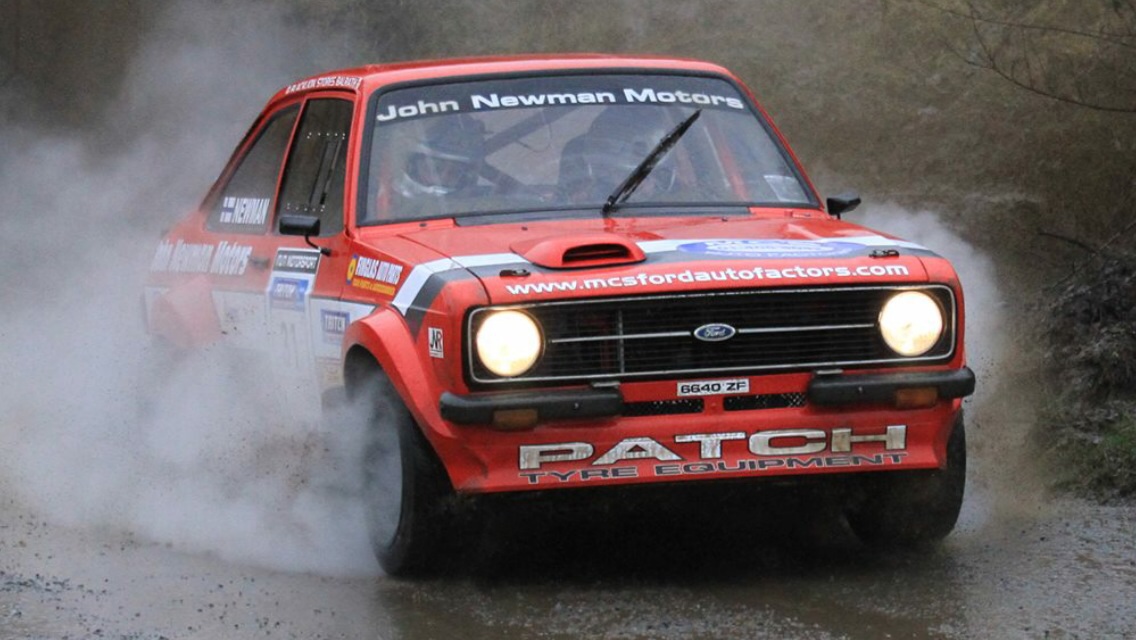 Fourth in class after a character building event for Ashbourne’s Jack Newman.

Jack Newman commenced this title campaign at the Birr Stages Rally, the opening round of the 2015 Triton Showers National Rally Championship. Driving his 280bhp Mk2 Escort, which had been rebuilt at his family garage over the winter, Newman was confident of a strong performance in Birr. The opening stage confirmed this, with the red Escort running amongst the class leaders and an impressive 13th overall. The wet conditions were not to improve though as the day progressed, with large sections of standing water leaving Newman to rue his choice of tyre for the event. Despite this, the crew avoided the scenery in what was generally considered by the competitors as a tough event, to bring the Escort to the finish fourth in class.
“We started well ” said Newman afterwards, “but it soon became obvious we were struggling with our choice of rubber. We changed to different tyres towards the end and it transformed the car- I had so much more confidence and pace. Fourth in class is not what we came here for, but that said, we will take the points- they all add up!”
Next outing for Newman and navigator Andrew Browne is the  Midland Stages on March 29th.

Jack Newman, 27, is an up and coming rally star from Ashbourne Co Meath. In 2015 he will tackle the close fought class 13 of the Triton Showers National Rally Championship. His car is the iconic  Mark 2 Escort, always a huge favourite with the fans. It is powered by a professionally built Vauxhall 2.0 engine producing over 280bhp,Newman‘s recent performances, including a giant killing run in Killarney in 2014, have marked him out as one to watch in 2015.