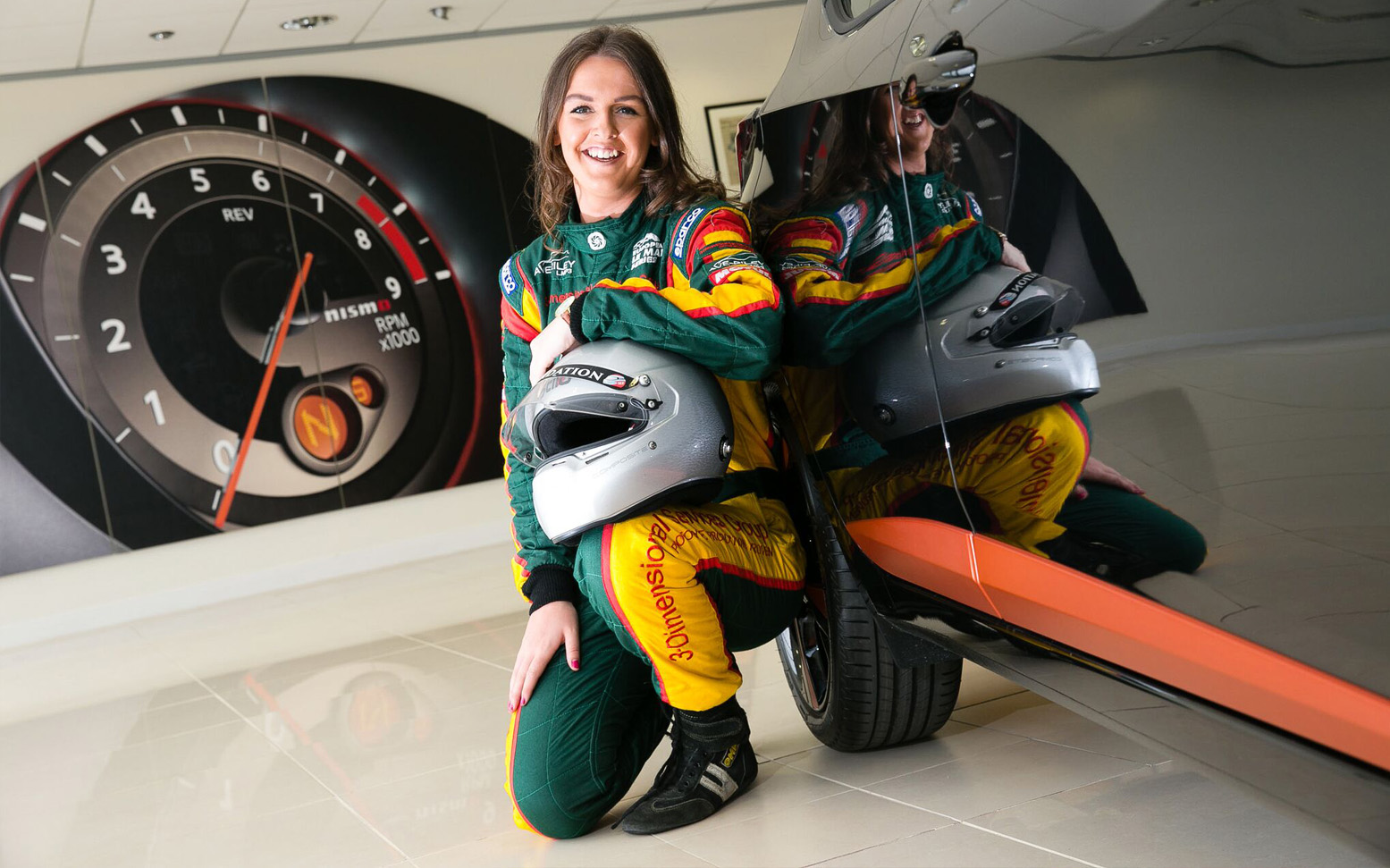 Tipperary Racing Driver Nicole Drought has been named today by Nissan Ireland as a finalist for their Generation Next initiative.
From a list of over 400 applicants, the Sportswoman.ie Irish Sportswoman of the Year now joins a short list with 18 other candidates, 10 of whom will become Generation Next Ambassadors and receive the use of a Nissan for the next twelve months.
Nicole has just turned 23 and recently completed a four year Batchelor of Business degree, majoring in Accountancy and Finance at the University of Limerick. In 2017 she will compete in two race series, both in Ireland and in the UK.
Voting opened today and remains open for three weeks- to vote for Nicole, simply click HERE.

Nicole Drought: “I’m delighted to have reached the final 18 candidates. Having met some of the others during the week, I know it won’t be easy but I am counting on the votes from my supporters and hopefuly will make the final 10. I would love the use of a Nissan and I will have plenty of travelling to do in 2017, with my campaign being split between Ireland and the UK.”

Note to Editors. Full link to vote for Nicole – https://www.nissangenerationnext.ie/entry/candidate/77