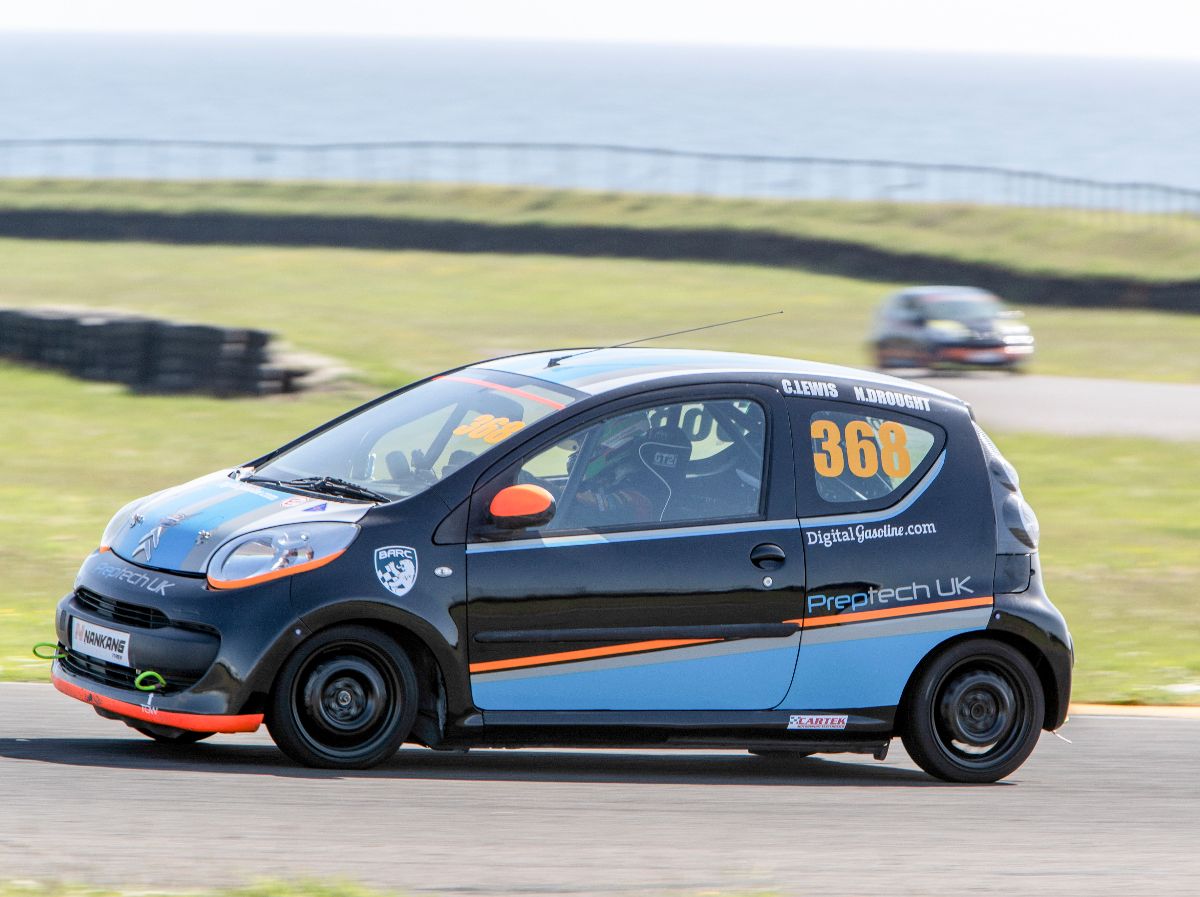 Nicole Drought took an emphatic Endurance race victory at the weekend at Anglesey Circuit in South Wales, crossing the line 21 seconds ahead of her nearest challenger after four hours of racing.
Teaming up with fellow Irish Driver Colin Lewis and the Preptech UK Team, they qualified 8th for the Citroen C1 Challenge 4 Hour Race, despite having had no testing in the run up to the meeting. With this in mind, the team were quietly confident ahead of the start.
Nicole took the start and gradually moved up the field, taking the lead on lap 44. 14 laps later, after almost two hours at the wheel, she dived into the pits to hand over to Lewis, who rejoined in fourth, moved up to third and held on in that position until the next stop, when the team elected to put Nicole back into the car. Once the strategies played out, Nicole once again reassumed the lead but with a minimum of three pitstops as part of the regulations, she had one more stop before the chequered flag. The team left the stop until just three laps from the end, with most of the top six cars immediately following suit. Nicole rejoined without losing the lead and reeled off the final three laps with no problems to take her first endurance race victory. 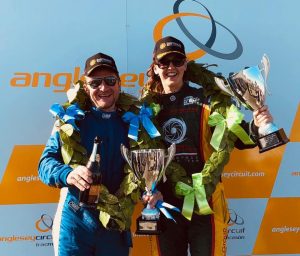 Nicole Drought: “What a weekend! Preptech UK were fantastic. They gave us a good car and their strategy was brilliant. It feels great to get my first win of 2019. Colin (Lewis) was great too, he found so much time overnight using data and onboard footage. I would especially like to thank Meg Ryan, who has helped me to vastly improve my fitness levels this year, and Alan Heary, who has been a huge help to both Colin and I in 2019.”

Nicole returns to the Irish Stryker Championship at Mondello Park on June 9th and both Colin and Nicole return to the C1 Challenge when the series visits the Snetterton 300 circuit on August 10/11.