Akhil Rabindra has today signed for Douglas Motorsport to compete in the 2015 BRDC F4 Championship. 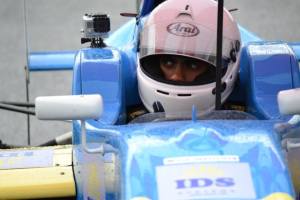 18 year old Akhil Rabindra is set to compete for the F4 Championship with Wayne Douglas’ eponymous Douglas Motorsport Team, having penned a deal earlier today.  Belying his age, Akhil has a wealth of experience to draw on, having graduated from karts through various single seater and saloon classes. He was also the first ever Indian driver to be nominated for the FIA Young Drivers Excellence Academy. In 2014, Akhil was runner up in the JK Racing India Series, with 9 podiums and 2 wins.
The 2015 Duo BRDC F4 Championship commences with three races at Oulton Park on April 4th & 6th, when the series supports the British GT Championship at the historic Cheshire venue.

Akhil Rabindra:
“I am very excited to race in the UK with Douglas Motorsport. I look forward to all the guidance and support from the team and hope to bring them many podiums this season”

Wayne Douglas: “It is great to have Akhil onboard. We have a good understanding of the F4 cars and he has plenty of experience so we hope to be challenging for podiums immediately.”