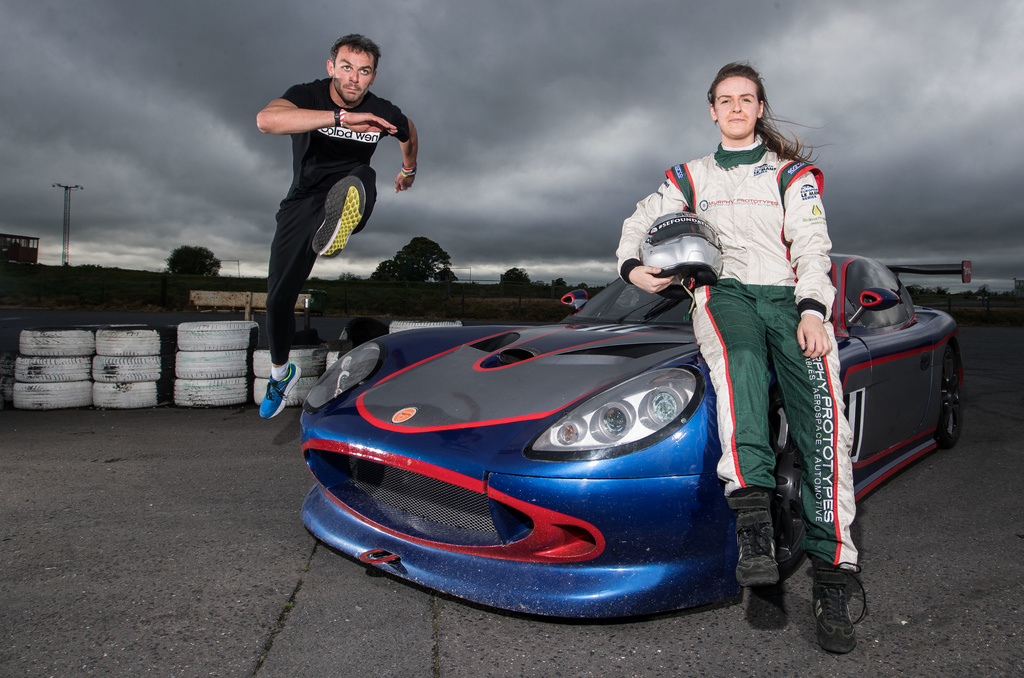 Thomas Barr met Irish Sportswoman of the Year Nicole Drought for some high speed action at Mondello Park recently. Pictured are the pair launching Team Ireland’s involvement in the 2017 World University Games.
Whilst at Mondello Park, Barr enjoyed some high speed laps alongside Nicole in her 300bhp Ginetta G50. The Olympian then took the wheel himself, in one of the Trackdays.ie race prepared Honda Civics and impressed his instructor with his immediate pace.
In August of this year, 60 Irish students will travel to Tapei as the Student Sport Ireland team for the World University Games.

The name for the world university games, “Universiade”, is derived from the words “University” and “Olympiade”. The Universiade is organised by the International University Sports Federation (FISU) as an international multi-sports event for university athletes. In 1923, the first World University Games (WUG) were held and in 1949, the International University Sports Federation (FISU) was established, and the first FISU Games were held in Italy. The Games are second in size only to the Olympics with around 13,000 competitors and officials participating. The 2017 WUG programme will compromise of fourteen compulsory sports and eight optional sports and which are determined by the relevant host country. The Games are staged in various cities throughout the world.
The Irish delegation at the 2015 Games held in Gwangju, South Korea consisted of 64 athletes and 27 team officials and was supported by third level colleges and universities, the relevant National Governing Sports Bodies and Sport Ireland.

Student Sport Ireland is the sole sanctioning body responsible for identifying, selecting and coordinating the Irish delegation to the 2017 Games. Student Sport Ireland also establishes selection criteria and appoints the Team Managers, coaching staff in each sport in conjunction with the relevant NGBs in addition to overseeing the appointment of medical, administrative and PR personnel.