Time for Change in F1? with David Hall. 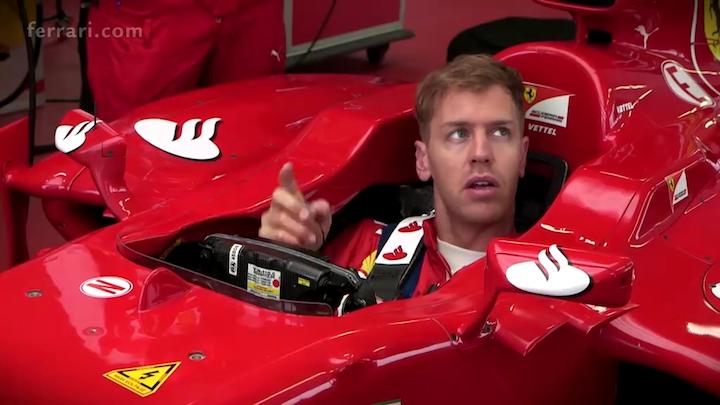 1st February was the first day of pre-season testing- a day F1 fans had waited for all winter.
At a glance there are interesting headlines.

It’s always difficult to judge pre-season testing. Was the Ferrari running light or were Mercedes concentrating on long runs? It was probably a mixture of both. Definitely running light was Sauber – Ferrari, only one tenth of a second slower than the works car, and given the lack of sponsors on the Sauber they’ll be looking to impress in testing. That said it was a great first day for Marcus Ericsson and the team.

Social media was quite a buzz over colour schemes.
Sauber launched a colourful, if sponsor shy, blue and yellow.
Red Bull sported a zebra camouflage for their first outing.
McLaren, despite the hype and videos of going “Back”, remained in grey/chrome and black.

There was that much of a reaction to McLaren’s insipid change that Ron Dennis felt the need to make a statement on it.
“Yes we could change colour. Yes we could do something more daring. Yes we could do all these things. But give me a reason why?

“If it is just to make something more aesthetically pleasing, that is not enough reason for me.

Perhaps McLaren fans could organise some crowdfunding to get “papaya orange” (McLaren Orange) on to the car.

If you skim past the Ronspeak there is a pretty clear message behind what Ron says, and it would be similar to why Sauber are running to suit Nasr’s sponsors. They won’t give away title sponsorship on the cheap and it’s getting harder to find somebody willing to match the demand when your team isn’t at the front. Plenty of Sauber’s sponsors have jumped ship to Ferrari. Similarly Lotus have lost sponsors to the resurgent Williams. Brands associate themselves with winning teams and drivers.

Pre-Season testing has always been interesting. Watching who’s going to be quick and seeing if anybody has found a loophole to gain a significant advantage. This season though it’s interesting, and worrying, to look at who actually had a car run in the first test-day.

Caterham and Marussia’s struggles have been well documented, but at the end of last season Bernie Ecclestone commented that “It could go down to 14,” “If we lose another two teams that is what will happen. I can’t predict if it won’t or it will. But if it is 18 no drama at all.”

Well, as it happened, Lotus and Force India were absent from the first test day and, while Lotus arrived in the evening, the latter won’t make the Jerez test at all.
Whether it wants to admit it or not, Formula 1 is in crisis. Not so much the big teams. Red Bull, Ferrari and Mercedes will get a large slice of revenue and have the benefit of works status. Lower down the grid you only have to listen to Lotus team owner/principal Gerard Lopez:

‘The sport needs to find a better way to encapsulate financial equity. What was true two years ago is maybe not true anymore – in terms of where the sport is going.

‘Two years ago we were told the engines would last longer and be cheaper than what we had – but they are now almost twice as expensive. The bilaterals are what was true two years ago. What is true today is that F1 still has to attract sponsors, which it still hasn’t done like it did in the early 2000s or late 1990s. That is something where two years ago people thought the world would come around.’

While others are talking about whether engines should be made more powerful, which would add more expense, Lopez talks a lot of sense here. In 2011 the top teams received the following in Prize Money: Red Bull – $98.97 Million, Ferrari – $96 Million, Mercedes – $88.72 Million and McLaren – $68.2 Million from their share of commercial rights. Caterham saw their income boosted to $35 Million. Marussia – $13.6 Million. The gap is staggering.

It’s the racing equivalent of La Liga in Spain, where Real Madrid and Barcelona bring home the largest share of the revenue. The only difference is – In football the smaller clubs go and buy the cheaper players. In Formula One – Not only do the bigger teams get the biggest share of revenue but they get manufacturer backing, while the customer teams hand out 20 – 30 million on their power units.

Formula 1 compares even less favourably when prize money amongst the teams is compared to the Premier League. Figures taken from the 2013/2014 season saw Liverpool receive £97.5 Million. By comparison, Norwich, Fulham and Cardiff, who were all relegated, received in excess of £60 Million each.

To compensate the teams take on young pay drivers to make ends meet. This is supposed to be the pinnacle of Motorsport.

At what point does Formula 1 decide that it needs to realign how it distributes revenues to the teams? These small teams are the heart and soul of the sport. Bernie Ecclestone may have been right when he lashed out at Caterham’s “Begging Bowl” antics, but what now for the likes of Lotus, Force India and Sauber. Surely these are teams worth keeping so that young drivers and young engineers can learn their trade before signing for a big team.

More importantly for the manufacturers, the small teams keep them from being at the back of the grid. How long would Renault and Honda commit to Formula 1 if Mercedes remain dominant and there is nobody behind them on the grid. 3 car teams and junior teams wouldn’t solve that.

Even back when Lotus really was Lotus Formula 1 has always been about small, innovative teams taking on the might of the likes of Ferrari. Sometimes they even taught them a lesson. How can small teams continue to do that if they are not rewarded for being part of the show? Formula 1 is still the pinnacle of motorsport but it is a sport in crisis.

The Formula 1 Strategy Group passed proposals for wider tyres, increased aero and a lifting of fuel pressure restrictions, which will bring power to 1000bhp. They also blocked a capping of costs and rejected a proposal for older chassis running V8 engines.

Compared to the likes of Le Mans Formula 1 is starting to look like a spec series. Heavy aero restrictions and identical layout engines are at odds with how other top class motorsports have setup in recent times. Moto GP also suffered with cost issues for smaller teams. In 2012 Moto GP only had 12 bikes heading into the season. They responded with the CRT class. This lead to occasional embarrassment for Ducati, whose bikes were well off the pace, but it showed a willingness to compromise for the greater good of the class. More importantly Dorna had seized technically initiative away from the manufacturers who had lead the class to collapse. (Sound familiar?) “The basics of motorsport are the combination of entertainment and technology. In times of crisis, if we cut back on something, it must be in technology, not the entertainment,” Dorna CEO Carmelo Ezpeleta. CRT bikes got Moto GP out of a large hole and it has been resurgent since. It enters this season with all 25 entries back on Prototype bikes, albeit two different classes, Factory and Open.

Formula 1 has gone the opposite way, with the F1 Strategy Group handing more control to Ferrari, Red Bull, Mercedes, McLaren and Williams. In their desire to stay technically relevant Formula 1, like Le Mans (WEC), has introduced Hybrid power units. A must to attract manufacturers given that Le Mans similar move has attracted Audi, Toyota, Porsche and Nissan. There are significant differences. Le Mans has a much broader spectrum of machinery to admire. Front engined. Mid engined. Petrol. Diesel. Front wheel drive. Four wheel drive. They also run different energy levels of Hybrid units. A world away from the drive in Formula 1 for teams to make everything down to the nosecone almost identical. 34 Prototypes have entered this year’s Le Mans and 22 GT cars. Formula 1 are missing a trick in there. Outside of the Manufacturers the teams aren’t forced to run expensive hybrid units. Privateer teams run non-hybrid engines. No manufacturer in Formula 1 would risk being beaten by a non-hybrid engine. Surely that’s a decision for the regulatory body and not the Strategy group.

Formula 1 will have four manufacturers lining up at the start of 2015. Mercedes, Ferrari, Renault and Honda. What is harder to see is how long smaller teams like Lotus, Sauber and Force India will remain to challenge them, and who will arrive to replace them? Changing faces of Formula 1 teams is nothing new. In the past Mercedes was Brawn/Honda, Red Bull was Jaguar/Stewart, Force India was Jordan, Lotus was Renault. Teams change in cycles. Only Ferrari, McLaren and Williams have withstood the test of time, but where is the new blood of Formula 1 going to come from and can Formula 1 find the compromise to make itself affordable to more than just Mercedes, Ferrari and Red Bull?