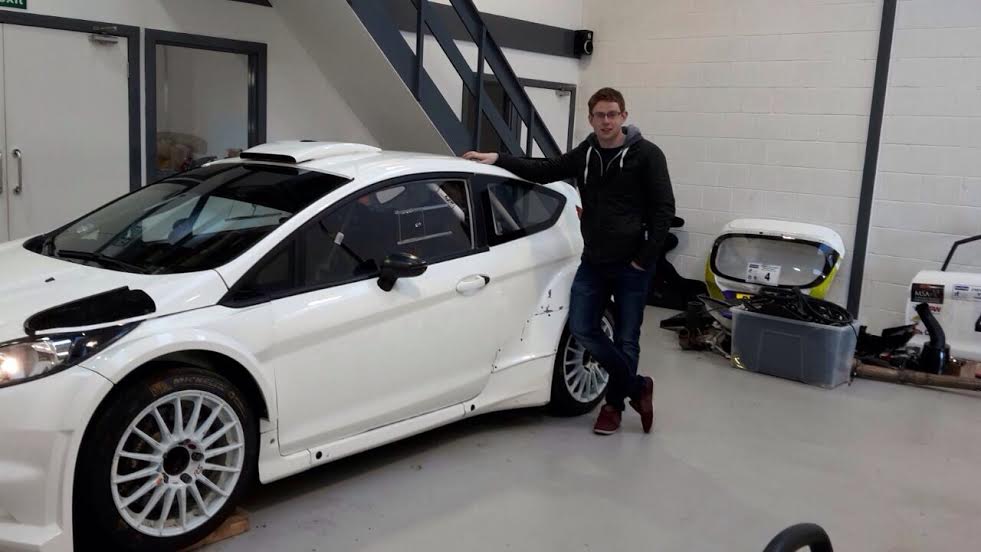 Stephen Wright, last year’s Motorsport Ireland Young Rally driver of Year, has secured the use of an R5 Ford Fiesta for the 2015 season. The talented Monaghan driver is stepping back up to four wheel drive after a season campaigning an R2 Peugeot 208. R5 cars are few and far between in Ireland at the moment but Stephen is confident he’s made the correct decision.

Speaking earlier he said; “The Billy Coleman Award provided us with a great opportunity in 2014. Although we ventured beyond our comfort zone it really stimulated my development and we soon began producing the results we had set out for, culminating in two of my best results to date at the end of last year. It was important to put this experience to good use and we gave our plans for 2015 careful consideration. The R5 category is growing at an impressive rate internationally and it was the obvious option for progression. The FIA have capped the cost of many components whilst
encouraging high performance and the use of new technology. The cars provide a similar thrill to that of their WRC counterparts at a fraction of the cost. The British Rally Championship will switch to the R5 formula in 2016 and this just proves how appealing the cars are for drivers and spectators alike.”

With a variety of R5 options available the team have chosen the Ford Fiesta, developed by World Rally Championship front runners M-Sport. Stephen is no stranger to Ford or indeed M-Sport as a previous winner of the Irish Fiesta Sport Trophy in 2010. “The Ford Fiesta R5 has proven ultra-competitive from the outset and after past experience with M-Sport I was keen to get behind the wheel of another blue oval machine. Keith Rainey will prepare the car as usual and after collecting it last week I am beyond excited. Our programme at the moment is not set in stone – we aim to start the year in March at the West Cork Rally closely followed by the ERC counting Circuit of Ireland on Easter weekend. After that it is most likely we will stick to domestic events along with a trip to Belgium later in the year. We covered a lot of ground last year and it’s unlikely that will be repeated this season. If we can attract some additional sponsors we will certainly look at something more structured in Ireland, Belgium or even further afield. If there is anyone interested in supporting our campaign we are always on the lookout for new partners and you can contact us through our website.”

Before West Cork, Stephen aims to get some test miles under his belt to help adjust to his new mount. After a season away from four wheel drive, the first events of 2015 will be a learning exercise. Killarney man, Mikie Galvin will also join the team in West Cork as Stephen’s long standing and successful partnership with his sister, Susanne comes to an end. As Stephen explains; “Susanne has decided to take a step back from her rallying commitments and I’ll certainly miss competing with her.

It’s been great to experience so much with your sister and although we’re both competitive people we’ve always enjoyed it and I can’t recall one argument – in a rally car at least! Susanne has left large shoes to fill but Mikie will join us in West Cork and after getting on so well with him at the Cork 20 last year, I know he’s a capable replacement.”